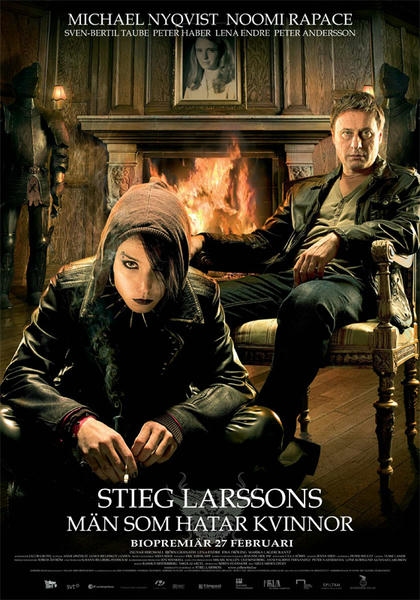 I must be wrong.

The 2009 film The Girl with the Dragon Tattoo (Swedish: Män som hatar kvinnor) was a box-office smash hit both in its native Sweden and abroad. Not only has it been popular among the audience, but it has received plenty of good reviews and awards. The book upon which it is based will be adapted again by no-one less than David Fincher.

So I must be wrong when I thought The Girl with the Dragon Tattoo wasn't a very good film. I didn't think it was bad. Even a little bit better than most of all of the police movies that we produce in this country. I just didn't think it was very special.

Perhaps I just don't understand its greatness. It could be, because I'm the single person in Sweden who hasn't read the book. That must be it. You need to be prepared for this kind of film. You can't go to the cinema without any previous understanding of the story.

Yeah, that must be the problem.

Only, is it a good idea to require the audience to have read the book to enjoy its adaptation? What is the point of the movie then?

Here is my very humble opinion (I'm very humble here as I'm contradicting the collected opinion of critics and audience as well as David bloody Fincher): An adaptation should stand on its own. You shouldn't have to have read the book to enjoy the movie.

A common problem with movies adapted from books seem to be that the filmmakers are afraid to upset those who have read the book. People may have favourite sequences or characters, so it's safest to keep everything from the book. It's just that everything can't fit into the length of a feature film, so the result is an unfocused story with many subplots and characters.

I'm hoping that Fincher will dare to create a more focused story, possibly disappointing those who will miss their favourite scene.

Since Fincher's readaptation will hit the cinemas this year, I'll now go into details about what bothered me with the Swedish version, and we'll see later on if Fincher's version is better in those respects. The following will be somewhat spoilerish, so if you haven't seen it (unlikely if you're Swedish), I suggest you stop now. You'll need to have seen it to understand what I'm talking about anyway. It will be quite long too. Sorry about that.

The main story of the movie is about how journalist Mikael Blomkvist tries to find out what happened to the girl Harriet Vanger, of the wealthy Vanger family, who disappeared 40 years ago. The movie is busy presenting characters and subplots for the first 80 minutes or so. A telling quote from when Blomkvist is having dinner with Martin and Cecilia Vanger at about 47 minutes into the movie: "Om jag ska vara helt ärlig så har jag inte hittat någonting." ("To be honest, I haven't found anything.")

So Blomkvist doesn't find out much in the beginning, but then he discovers a series of cold-case murders that seem to be connected to the girl's disappearance. The story gets more interesting after this, and a little tickling gruesome. (Not as much as an average episode of CSI, mind you.) When I went to this movie, I was a little surprised by this, as there is no hint in the first 30 minutes or so that there will be anything gruesome in it. 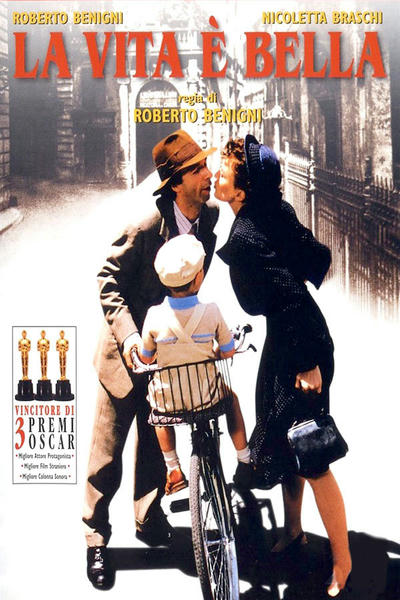 Movies often begin with a scene that gives the audience a feel for what kind of movie this is. (In Swedish this is called anslag; I can't find the English word right now, please help me!) A simple example is the opening scene before the credits of many James Bond movies. This scene can be short and doesn't have to be that much connected to the actual story of the film. Its purpose is to give the audience a promise about what kind of movie they're going to see. Even Life is Beautiful (La Vita è Bella) which begins as a slapstick comedy and ends as a concentration camp drama begins with a short scene that gives a hint of what will happen later on. So even though scenes 2 through 10 are about showing the mundane everyday life of the main character, scene 1 should give a hint about what we will see after that.

The Girl with the Dragon Tattoo could have begun with a short scene with an anonymous girl trapped in the murderer's cage. That would have created interest and give a foreshadowing of the gruesomeness to come.

Anyway, Blomkvist together with hacker/weirdo Lisbeth Salander finally find the murderer, and since he hadn't had a lot of screen time before that, I didn't care very much about it. I was neither surprised nor knew from the start who the murderer was.

The Girl with the Dragon Tattoo has one strong character, Lisbeth Salander. She is the one you remember after seeing the movie, and most of the talk about the movie has been about her and the actress Noomi Rapace. (By the way, she prepared for the role by losing several kilos. Gaining and losing weight is the kind of preparation that gets you Oscars!) The other characters are quite plain in comparison with Salander. That's all nice and well. Not every character can be extreme in a movie that's supposed to be realistic.

I could argue that there are two many characters, which is a common problem with book adaptations. That would perhaps just reveal my inability to keep track of more than a couple of main characters, so we will go on to...

How, as a filmmaker, do you get information across to the audience? For example, to understand the story the audience needs to know why two characters hate each other, who the owner of a certain car is, or where the keys to the wine cellar are.

In The Girl with the Dragon Tattoo, there are several sequences of obvious exposition. For example when Henrik Vanger (the elderly CEO of the Vanger company) tells the story about the disappearance of Harriet Vanger. Director Niels Arden Oplev uses voice-over monologues and elements like black and white portraits on a wall and some small gauge footage shot at the day of the girl's disappearance. It's a cheap and fast way to get the information across. It's definitely not a visual experience, and feels a lot like a low-budget educational video for viewing in schools. If they had simplified the story, much of this exposition would have been unnecessary, so the information that still would have to come across could be presented in a more interesting way.

In The Girl with the Dragon Tattoo, there is a subplot about Lisbeth Salander and her supervisor, the creepy sadist/rapist Bjurman. It's a subplot that takes quite a lot of screen time, which adds to the already (too) long length of the movie. Unfortunately, it's the most interesting story in the movie, so I don't think it should be cut. The main storyline about Harriet's disappearance is far from as interesting as this one. Question is, will Fincher be able to make the main story as interesting as Salander's?

There are hints of other subplots in the movie. There is a suggestion that Cecilia Vanger is romantically interested in Blomkvist. At approximately 49 minutes into the movie, she invites Blomkvist for a glass of wine. He politely denies, and what seems to be the beginning of a subplot ends up nowhere. I guess this scene is probably a remnant from the book, where this subplot probably led somewhere.

The movie is bookended by the story about how Blomkvist has been setup by powerful industrialist Hans-Erik Wennerström and will have to go to jail for libel. There's nothing dramaturgically wrong with bookends unrelated to the main story, although I think the events around it get a bit too much screen time in a movie that is already too long. It serves as a setup for the sequels, but setting things up for a sequel often makes a movie worse. What would The Matrix be if they have included the Architect and the Merovingian in the first movie?

This is just the ramblings of a confused Swede. I must be wrong. Everyone else loved this movie. And the book is great, I'm sure. I still haven't read it.

I actually have high hopes about David Fincher's readaptation. He's a great director. I mean, he even managed to make a movie about the development of a freaking web site exciting. So perhaps he'll make The Girl with the Dragon Tattoo justice. I'm crossing my fingers.

Previous: Dangers of SVG and the img tag
Next: New job at Wussap